It was just another normal day in my Dragon Quest Builders 2 town. The townspeople were still asleep, but I got to work on a new garden. My chore ended abruptly; turns out, I had used all my soil blocks.

As I looked out toward the north side of town, the location of more soil, the sun started to rise. The towns people arose from their cozy, straw beds as did my friend, Malroth, the god of destruction. Suddenly, there he was, by my side. “Oh no,” I groaned, “not again.”

This could only mean one thing. I couldn’t walk directly past the Slime and to the source of more soil. I needed to find another way to the north side of the island, so I pulled up my map and planned a circuitous route that took me along to the east, then north, up alongside of the beach, and then back west to the other side of the mountain (instead of just heading directly north through a flat grassy field to the mountain).

Not only would this route take more time, requiring me to consume resources like seaweed, but also there were more, stronger enemies on that side of the island.

Why did I go through all this trouble?

Because I just can’t bring myself to kill the Slime in Dragon Quest Builders 2. If I walk anywhere near the Slime, Malroth, an NPC that helps you fight, will track them down, and kill them.

Don’t get me wrong, I like Malroth. In Dragon Quest Builders 2, NPCs are what make the game fun. They’ll chat you up and even help you with chores. When you help them, they clap, cheer, and gush out cute little hearts. They’re downright charming and I love them will all my heart.

The first encounter with Slime comes at the very beginning of the game. I was imprisoned on an “enemy ship.” On said ship were Slime. I talked to them and learned quickly that Slime are sentient beings capable of speech and sarcasm.

I reasoned that, like any intelligent being, Slime could take on a number of positions in a complex moral landscape within the Dragon Quest universe. I told myself these Slime on the ship were bad, but not all Slime are bad.

Then I learned that all Slime were my sworn enemy, and I felt confused. Other stock enemies are designed to at least look a little mean. In Mario, Goomba have fangs and furrowed eyebrows. Slime just look stupid and cute.

Other enemies, like Dracky the bat, raid the towns. The Slime are straight chillin’. They don’t hurt you unless you approach them; it just doesn’t make sense to fight them. Nothing, not even the Dragon Quest canon, could absolve me of my guilt towards killing Slime. So I changed the way I played.

It started with limiting the number of Slime I killed. Usually my favorite part of sandbox games like DQB2 are venturing out and fighting, but in this case, I ceased aggression toward Slime.

Then I would casually avoid them. If given that option, why fight them? I’ll just go another route. Soon I learned I indulged this tendency too much. Before I knew it, I found myself scheming to avoid killing the Slime at all costs whatsoever.

You might be thinking, who cares? If you don’t want to kill Slime, then don’t kill them. And I don’t. 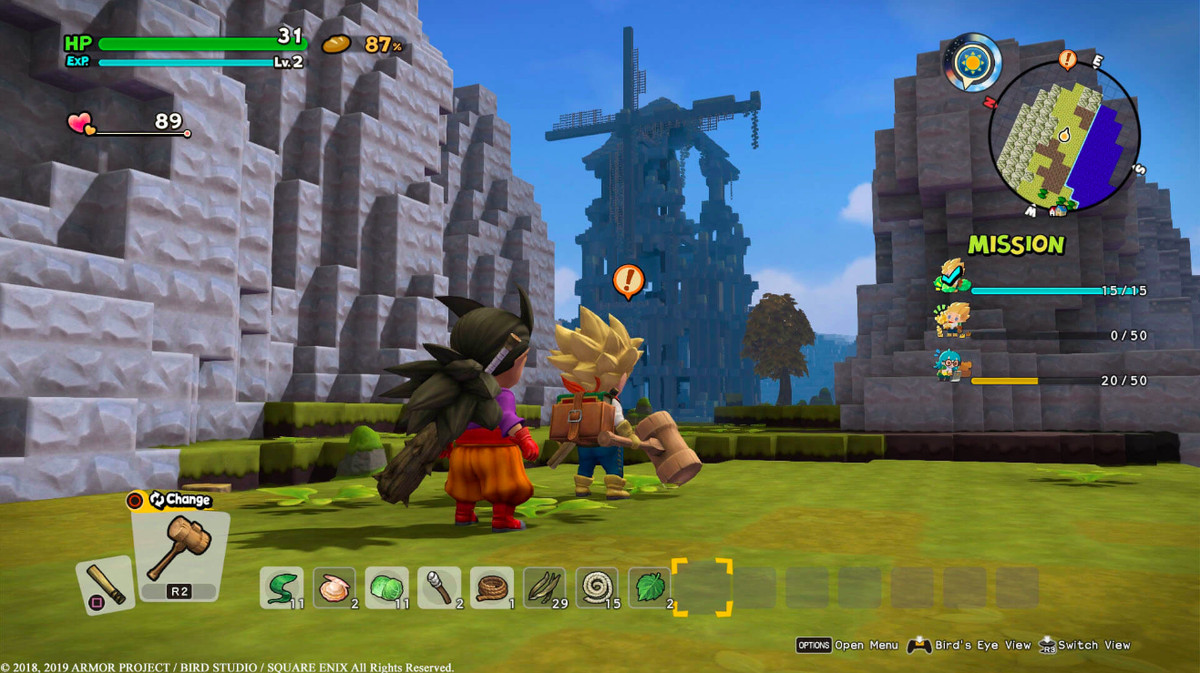 But Malroth, the god of destruction, feels no such compunction. Instead, he feels alive when he helps me destroy things. He sees me chop down a tree for it wood and he copies me, running to all the other trees and felling them. He’s a great helper. We high-five a lot after taking down bad guys or completing tasks. He cheers me on and is my biggest supporter. But if a poor slime is in my way and I take it out, Malroth will sprint after every slime in a three-mile radius and kill them all.

I don’t want to prevent Malroth from doing what he loves. But still, I’m forced to choose between letting my homeboy find self-actualization, sacrificing the Slime that I also love, or stifle his dreams for the sake of literal enemies in this game.